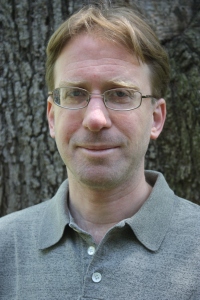 In today’s ORIGINS, Michael Landweber talks about the inspiration for his novel We, an excerpt of which appears in the summer 2013 issue of jmww:

Believe it or not, I did some stupid things as a kid. My parents had trouble believing some of them too and they weren’t shy about telling me. When I became a parent, I understood why it was so hard for them to watch me make mistakes. At the time, of course, I just thought they couldn’t possibly understand what I was going through. Now, I know they understood all too well.

The idea for my novel, We, came around the time that I realized that I was doing to my children exactly what my parents did to me. I lecture; they do what they want.

But what if it hadn’t been my parents delivering the lecture? What if I could talk directly to myself as a child? Would I listen to reason?

I decided that the answer was probably no. My younger self wasn’t interested in listening to anybody. And it was that realization that led to this novel about a man trying to convince his younger self that something terrible was going to happen and no one else could stop it.

Michael Landweber is the author of the novel, We (Coffeetown Press). His stories have appeared in Fugue, Fourteen Hills, Gargoyle, Barrelhouse, American Literary Review, Big Lucks and a bunch of other places. He is an Associate Editor at Potomac Review and a contributor at Pop Matters.