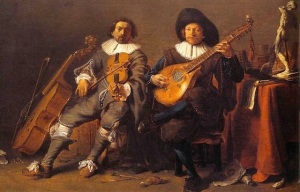 Even Streetlights Suffocate the Night

Even streetlights suffocate the night.

It’s an autumn of insomnia and rogue forests
rising from golden rod and thorny heather.
A gash of maples, a welt in wild grasses.
And locusts with teethy leaves
like lips ripped by kisses

The wind is ashy from mistakes.
Flirtations, the dangerous caresses
and unmaskings with not camouflage enough
for all the carcasses and orphans.
Then the shabby poplar guitars and coffins
tangled in dried reeds like wire.

Defoliated limbs sway nude and obscene
scraped thin as deserters, informers, snitches.
They will rat you out.
November is a spasm of thunder—
a tiny birth the size of a violet’s mouth.
It’s the cusp of disaster. Frost makes it worse.

Love is an aberration.
It’s infectious like St. Vitus dance
and rashes that turn your limbs to stumps.
Afternoon is tea in porcelain.
Aunt Ruth died for my inheritance.
Cancer. Insanity. A bad divorce or two.

I call the plates festive—
holiday trays, aperitifs and bourbon
with Daddy in the vast aubergine corridors
of fall with our bridges and mirrors
our biographies and notorious ports
brazen with neon, cinnamon and cloves.

Meanwhile old women eat alone and die
with their cherished china cups
hand-painted roses in pink rows
on the edge where their lip goes.
Drowned women from ferries float
blue as monk’s hood and larkspur.

This is the residue, what leapt
from barges and slid from riverbanks.
The Ganges, Genesee, Thames.
They were cutting mangoes by moonlight,
waiting for the lilac to bud. Then suddenly
the sliced wrist, blood like a spigot.

Even the streetlights suffocate the night, Ellen says to her dog’s dead body as she drives down the road. It is ten below, the streets so caked with snow that the movement of the tires make creaking noises as they move over them. Ellen turns the radio up. Something horn and flute. Even the snowplows suffocate the night, she says, looking at the plow ahead of her, with its big wide rump, knowing the enormous mouth on the front of it. Her dog was twelve years old. Her dog was a Chihuahua. Her dog weighed seven pounds. Ellen turns right, to a street that really isn’t plowed well. The road is narrow, with cars parked along one side of it. Even my headlights suffocate the night, Ellen says to her Chihuahua. Ellen’s Chihuahua’s name was Elle. Ellen has been with Elle for seven years. Ellen takes a left, to a busier street, passing a 711, then a Target, where she used to buy a lot of dog treats. Where she bought a leash and then a dog bed.  Shirts and sweaters, jackets that Elle always tried to squirm her way out of. Ellen looks at the bag on the passenger’s side. The bag is black. She put the body in it. Ellen found the body on the dog bed. She’d told Elle the night before, “Get out of my bed.” She told Elle she needed sleep.  “Get out,” she had said, like her father used to. Like her mother and her sister and her husband who never really was a husband and then became an ex. When Ellen scolded Elle, Elle would duck her head, like Ellen used to until she didn’t anymore. Elle would not get down until Ellen picked her up and moved her. Ellen got her from a rescue. Elle’s last owner died. Now Ellen drives in circles. At a red, she finally stops. She picked up Elle’s body when she found it. She smelled it, hugged it, kissed. She held her dog. She cradled it, and rocked.

Kate Braverman is a poet and experimental writer of a singular and ruthless breed. She is author of four books of poetry, the novels: Lithium for Medea, Palm Latitudes, Wonders of the West, and The Incantation of Frida K. Her Graywolf Prize for Creative Non-Fiction award winning memoir, Frantic Transmissions to and from Los Angeles: An Accidental Memoir was published in Feb. 2006. She taught creative writing for 20 years at UCLA and privately for 9 years. Some of the awards she has received are: Best American Short Story Prize, O. Henry Award, Raymond Carver Award, Pushcart Prize, Mississippi Review Prize and a Christopher Isherwood Foundation Fellowship for lifetime recognition of achievement.

Kim Chinquee is the author of the collections: PRETTY, PISTOL, and OH BABY.  Her website is www.kimchinquee.com