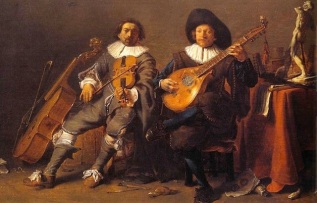 Once Then Suddenly After (Later)

Let us pretend. On a warm summer afternoon in the country it happened that my brother slapped me. In the flash that followed the bees ceased to hum. The ivy hardened despite the breeze. I wept and our cherished nurse Chantal clucked from her bench and waddled over. Her thick kiss quieted me. My brother — famous now, ruthless even then — bit his tongue from laughing, so hard the blood poured. The wound festered. After a brief confinement, he died.

Or this. My brother installed me at 113 rue Saint-Lazare and paid for my lessons, yes, but I took the better pictures. My lighting, my ease with Dumas, Courbet, Bernhardt. Berlioz, Corot. Money and fame flowered. In the tiny back garden I took your hand. Ernestine, your growing belly beneath your skirts a pretty ball. Your smile, full-lipped. The sun like all the suns of my childhood Aix scalded your hair.

My balloon rose. Géant! I rode in its basket. My triumph: the streets of Paris photographed in aerial view, as only a god might see. As above, so below: I conquered the sewers and catacombs with my invented illumination, there too observed pathways like our moppets’ chalk marks on Haussmann’s new pavements. In nearly a stroke, the world, captured, abstracted, forever altered.

In fact war came and during the Siege it was I who organized the air mail. After the war I devised barriers to keep the growing crowds at bay. And it was I who sued my brother over the name Nadar, I who opened the rich atelier at 35 Boulevard des Capucines. My name, Nadar, proclaimed on the glass front. My brother Nadar jeune, not I. My Daumier, Lizst. Hugo on his dead-bed. Beloved Ernestine: I stole your hand from Félix. It was not I Adrien who stole your portrait — The Artist’s Wife — and tucked it under a thin pillow despite your aged visage and hair faded white. The very pillow paid for by my brother, to spite me despite his winning all.

Indeed, Ernestine. Come visit. Make me happy though my cough nags. A glass, I beg you. Water? Spirits? Better a pale carnation. Dearest, let us pretend.

I am curious. I guess that’s why I go — I want to know what I’m missing. Like a cast-iron French oven, champagne flutes. Hand-braided abaca placemats and 12-cup Cuisinarts. So many ways to design a life, encapsulated in a printed-out bridal registry at Crate & Barrel.

“You’ll never need all of these things,” I point out as her fingers caress napkin rings, ceramic bowls.

“But you’ll never know which one of them you’ll need,” she smiles. She knows how to knot a scarf so that it floats effortlessly around her neck; on mine, it always looks like a noose. “You’ll get married someday, too.”

“Weddings are a spectator sport.” I look at stemware a little too carefully. “I can’t imagine loving someone enough to have to agree on forks.”

“Let’s pretend it happened, then.” She steers me toward the cheese boards. “I asked you to marry me, for the sake of argument. Now, which one of these do you like?”

There are so many things to consider. We have been friends for so long; we know each other the best. But do we really know each other at all, when it comes down to the French Press or K-Cup?

“I can’t believe I’m doing this,” she shakes her head, even though it was her idea. “Okay–Whose place are we picking these out for?”

“We could buy a big old three story in Bolton Hill,” she suggests. “One with a fireplace and an ivy-covered garden.”

“Maybe.” I am warming up to the idea. I imagine our coats, side by side, on pegs by a doorway. “And a claw-foot tub.”

“We could take the light rail to work,” she points out as we walk through the store. We stop and pick out candles. I chose ones that smell like linen, and she chooses one that is supposed to smell like leather. We agree on some persimmon-scented potpourri for the vestibule or hallway bathroom. In the housewares, we choose flatware with plain stems and square plates, neither of us fond of overly ornate touches.

“Not white,” I say when she shows me a tablecloth.

“Would you rather have gingham?” She holds up the blue-checked pattern and laughs. “You’re not secretly into the whole country kitchen thing, are you?”

“No, but I think we can have a little personality.” I finger a taupe one.

“Because taupe screams personality.” She rolls her eyes.

“How about this one?” I hold up one, a cream cloth with an embroidered green border, above which hover a few goldfinches. “I know it’s bold for both of us, but—”

“I like it.” She nods. “I didn’t think I would. I think we could make it work, if we kept everything else really simple.”

But we go bolder on the napkins, choosing a dark green linen color with stitched edges of red that mostly match the goldfinch tablecloth.

“I thought it was for fun.” She glances down as I type in my phone the color and material.

“It is,” I answer. “But you never know when you need to make important decisions.”

“You would be easy to live with, I think, based on how easy this has been so far.” She is standing close; she weaves her arm into mine as she studies what I’ve written. I have always loved the scent of her, woodsy, cashmere. “Of course, this may all fall apart once we get to the furniture.”

I brush my fingers against her neck, trace the curve of her chin. Her skin goosepimples before receding. She trails the ghost of my fingers with her own, blinking her eyes. So many ways to design a life, I think, when she looks at me, waits for me to answer for myself. Nothing can be left to chance, I know now, not even tablecloths.

Elise Levine is the author of the story collection Driving Men Mad and the novel Requests and Dedications. Her new novel Blue Field is forthcoming in April 2017. Her work has also appeared in publications such as Ploughshares, Blackbird, PANK, and Best Canadian Stories. She lives in Baltimore, MD, and directs the Writing program at Johns Hopkins University.

Jen Michalski is the author of the novels The Summer She Was Under Water and The Tide King, the collections From Here and Close Encounters, and a couplet of novellas called Could You Be With Her Now. She is the managing editor of jmww and host of the monthly fiction reading series, Starts Here!