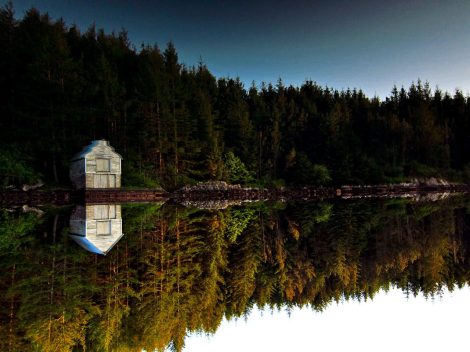 Somewhere in summer
we lost our virginity.

Was it under the yellow streetlamp,
where the moths beat their blind wings?

Or behind the door in the sound-wall
running longside the Interstate?

We blew past the last exit
for nowhere, heading beyond

the neon and all the fireworks.
The houses we were born in

will one day crumble to the touch,
vanishing as clouds

the way fireflies glimmer beneath
the dusky trees and are gone.

and the stars fall, the dawn
comes up, the long laziness

of mourning does not seem
the end of anything,

this dream no different
from the last, and yet entirely new.

I do remember — it was
the summer before Mom died.

Dead flowers, heaps of them
on every bridge and fountain.

Every staircase.
Every streetcorner.

We were on a small boat,
going among the islands —

but there was no more time.
The cruise ship was set to sail.

To the north hung blue glaciers
amid silent crags, waiting

This is the hell of it, the injury
becomes apparent in each step
across the beaten earth,
the wound we make of breathing.
There is no life which, in the end
does not depend on death.

Carnivore cells
consume all in their paths; fungus
feeds upon decay; even flowers

Do you imagine to do better
than the poppies of the field?
You who scatter seed
across continents? Each orgasm
is a little death. Each song
a requiem. Simply rising
of a morning is to undertake
a battle, pitched against unending night.
Red dirt collects
in every crevice of the skin
and never will scrub clean.

The soldier in his bivouac
dreams himself at war with time
and starts awake to scan
a ragged horizon, marking the slow
paling down the sky — neither
he nor I nor you can claim
to know the day ahead, although
the watcher on the border
watching back we know
well as we know our selves.

On days like this — grey,
slick with rain,
smoke rises from chimneys,
fog congeals in the low places,
and it is not good to remember
other days like this.

The trains that leave, never return.
Today my brother would have turned
fifty-six. He could not breathe
any longer. Days like this
steal the wind from among the branches.

Hunger becomes a stone
which lies down and does not get up.
Smoke becomes a word
for that which cannot be spoken.
Fog covers it, a hand
pressing down on an open mouth.

I could wish another conclusion
but on days like this
everything silvers, monochrome, flat —
the smoke, the fog, the faces
of people on the streets are hidden.
There is no returning,
yet we are always looking back
over our shoulders. Inhale.
Exhale. Inhale.

W. Luther Jett is a native of Montgomery County, Maryland. His poetry has been published in numerous journals, including The GW Review, ABRAXAS, Beltway, Innisfree, Potomac Review, Little Patuxent Review, and Main Street Rag, as well as the anthologies Secrets & Dreams and My Cruel Invention. His poetry performance piece, “Flying to America,” debuted at the 2009 Capital Fringe Festival in Washington D.C. His chapbook, Not Quite: Poems Written in search of My Father was released by Finishing Line press in the fall of 2015.

One response to “Four poems by W. Luther Jett”