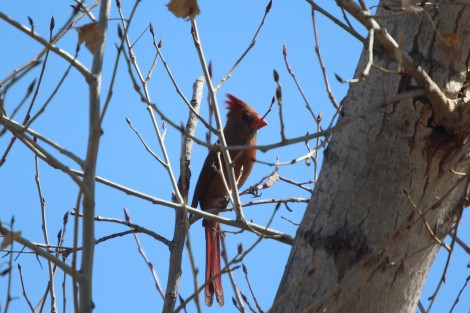 My family believed that the main point of birding was to add a new bird to the list. None of them kept lists, but they wanted mine to keep expanding. “Did you see something new?” They didn’t understand that I didn’t want to quantify birding in the way, as an Episcopal priest, I was required to quantify average Sunday attendance or my ratio of baptisms to funerals. Best was just observing my already-listed birds in the moment. It was a way to pray. Birds were all around me like God was around me; though sometimes, I didn’t see them.

Many birders keep track of the birds we’ve seen on a “Life List,” with species, date and location. I started keeping my list in 2012. There aren’t many rules, as commonly adhered to by birders, but a few include:

While my parents didn’t keep lists, they loved birds. They set up bird feeders outside their cabin in the mountains, where they rarely spent summers anymore. The altitude was too hard on Dad’s heart. In 2011, they moved from the Arizona house I grew up in to a retirement community with an authentic desert landscape bursting with birds. Every time I visited, I added to my list: 72. Curved-bill Thrasher (4/16/13, the Terraces, Phoenix). 87. Costa’s Hummingbird (8/6/13, the Terraces, Phoenix). 88. Verdin (8/6/13, the Terraces, Phoenix). Eighty-eight looked like a boring gray bird hopping around in a bush, but when I lifted my binoculars, I glimpsed its stunning yellow face. I went back to my parents’ apartment and looked it up in my Peterson’s Field Guide to the Birds of Western North America: Verdin, a common Southwestern bird that became one of my favorites, perhaps because of how my heart lifted the first time I saw its little lemon countenance.

In 2014, a year before my father died, I visited my parents. Dad wanted to take me to the Hassayampa River Preserve, an hour outside of Phoenix. Hassayampa is a Yavapai word meaning “upside down.” Dad had been talking about this idea for years, having read about the preserve in the newspaper.

The rest of my family worried about our trip. Dad drove poorly, walked very slowly, and sitting was painful. He carried a cushion everywhere. We drove to the preserve despite everyone’s warnings. On our way there, as usual, he said “I hope you see something new.”

To change the subject, I asked, “What’s your favorite bird?”

“Cardinal,” he replied without hesitation.

Cardinals. I didn’t remember seeing any in Arizona, but they are Virginia’s state bird. They were all over my backyard.

“Have you ever seen a female cardinal?” I asked. “They’re sort of orange-accented.”

For most of us, orange is the color of crossing guards or hunters, but Dad had been a citrus farmer. He was the only person who had ever told me his favorite color was orange. I had not appreciated the color until I first saw a female cardinal. What was that beauty, I wondered: orange crest and beak, orange streaking its wings, and a long rounded tail.

“So are the females,” I told him. “You would remember if you had seen one.”

If he could come to Virginia, I would set him up on the back deck. He could have watched cardinals all day long, males and females.

When we reached the Hassayampa River Reserve, we were delighted to find a couch inside where Dad could sit and read, his haggard plastic water bottle beside him. I took my camera, binoculars, and a pocket guide to the trails, leaving the heavier Peterson guide with him. Dad worried that I wouldn’t take a second water bottle with me, but my pockets were full and I knew I’d have to move quickly. Even with his cushion and on top of the couch, Dad would get uncomfortable, fast. To placate him about the water, I took a big swig before I left. “And look,” I told him, opening the bird guide to the female cardinal. “Isn’t she beautiful?”

“Very,” he said, studying her. “Do they have those here?”

If I had started keeping a list earlier in life, Dad would have walked such trails with me. Before he got sick, he was healthy and vigorous into his seventies. Life events of mine he had to miss: 1. Graduation from seminary (5/2007, Alexandria). 2. Ordination to the priesthood (12/2007, Virginia Beach). 3. Installation as rector (2/2011, Richmond).

The landscape at the Hassayampa is captivating: Mesquite. Buckhorn and pencil cholla with orange, yellow, and pink blooms. Water, some stagnant in a pond, some trickling in a creek. Water is rare in Arizona. Wherever you find water, birds will be close.

They were everywhere that day. A flash of yellow up in a tree: warbler. New for my list. A far-off speck of red that I assumed was a male cardinal. Since Dad asked, I wanted to be able to tell him “Yes, there are cardinals here.” When I raised the binoculars, however, I realized this red bird was smaller than a cardinal. A bandit-like black mask crossed its eyes. I recognized it from the cover of my pocket Arizona bird guide: a Vermillion Flycatcher. Spotting a bird wearing a mask felt like discovering a secret.

I ran back to the couch to tell Dad, showing him the photo on the cover of the book. “The front cover,” he said, smiling. “That’s something. And you’ve never seen one before!”

We drove home. That afternoon, I studied the photographs from the preserve and added four birds to my list: 107. Black-chinned Hummingbird. 108. Ladder-backed Woodpecker. 109. Yellow Warbler.

The Vermillion Flycatcher photo was blurred, but the identification held. He was our favorite, the one we kept talking about.

One year later, a few days after Dad died, my sister Christine drove me back to the Hassayampa River Preserve, where I bought a print of a Vermillion Flycatcher. We walked slowly, stopping at a stone bench overlooking a shallow pond. As I took out the print and told Christine about the little red bird with the black mask, a Vermillion Flycatcher flew to a branch dangling over the water.

Christine grabbed the binoculars while I fumbled to focus my long camera lens. A female flycatcher joined the male. I hadn’t seen a female before. She wasn’t as striking as the red male, and lacked a mask. The guidebook claimed her belly was pink. It looked orange to me.

Shortly afterwards, as we walked a trail, and we heard rustling. A cardinal had landed in a tree close by.

“Is that a cardinal?” Christine asked.

“Yes,” I whispered, not wanting to scare it off. “Cardinals were Dad’s favorite.”

I didn’t try to capture the bird with the camera. We slowly backed away, watching the green branches absorb the red bird.

The Rev. Elizabeth Felicetti is the rector of St. David’s Episcopal Church in Richmond, Virginia, and is pursuing an MFA at Spalding University. Her essays have appeared in The Other Journal, The Grief Diaries, Christian Century, and Modern Loss. She tweets @bizfel.