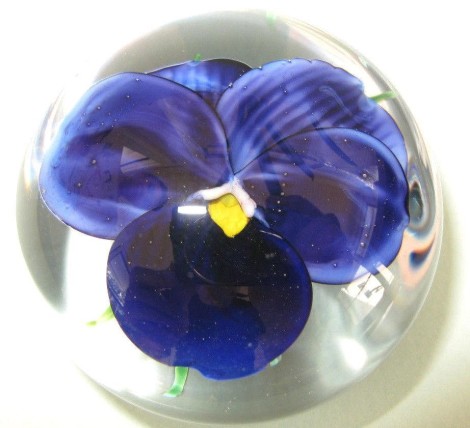 I am sitting at the desk of my boss, who used to be my lover. From time to time I do this. I spin in his expensive, leather wheelie chair, pretend I am Richard, and study the things on his desk. Some of these things make me very sad. There is a glass paperweight with a blue flower inside it—it looks like a cornflower, but much bigger, as if someone had grabbed all the corners of the petals and tugged. That paperweight breaks my heart, because I identify with it—I feel like a blue flower immobilized in heavy glass. Other things on Richard’s desk make me feel scornful, like the flattering photo of his wife, Cornelia, where you can’t tell that Cornelia has a double chin.

So I am sitting at his desk, which I occasionally do, feeling depressed, and I look up and flinch. Richard, my boss who used to be my lover, is in the doorway. I left the door open a few inches deliberately, to convey, in case anyone sees me, that nothing untoward is going on here. If I were doing something I shouldn’t be, why would I leave the door open? That was my thought process. An open door = an open conscience.

But now, when I see Richard standing in his doorway, looking grim, I see the defect in this plan.

Richard says, “Sarah, what are you doing?”

I can’t tell him what I am actually doing, which is pretending to be him. I sit at his desk and think, I am Richard Goldwater, I am 46, I make $318,000 a year, I have a wife with a double chin and two children, the oldest at Choate. I think, I can do anything I please. I think, what I really want to do is call Sarah and tell her—and this part I modify, what I/Richard should say. Sometimes I think I, as Richard, should grovel. Sometimes I feel very j’accuse and I want me/Richard to make self-loathing declarations, like, “I am a shithead.” Sometimes—most often, frankly—I keep it simple and want me/Richard merely to be tender. To pick up the phone and say, “Sarah, I miss you.”

Obviously none of this can be communicated to Richard. So I say, “I was leaving you a note.”

At that, he gives me a “Really?!?” look. It’s a pretty bad lie, since there are 1) no pens on Richard’s desk 2) also no paper. It’s a very bare desk, tres minamaliste, my sister the Francophile would say, which makes that flower-trapped-in-a-paperweight an even more sinister ornament.

In fact Richard does say “Really?!?” in exactly the tone of voice that his look communicated.

So, I’m trying to figure out, in that slow-and-sticky way my brain works when something horrible is happening, how bad this situation is. Is this just awkward-bad, like when I ran into Richard in the coffee room, and I had obviously been crying, so my eyes were all red and puffy, like the eyes of a white rabbit? Or is this exponentially worse, like am I going to get fired? I see in Richard’s grim face (tres furieux, my sister would say) a resolve that makes me conclude the latter, as in, on the scale of badness, this situation is veering towards the getting fired extreme.

I stand up. Richard says, “Sarah,” in a severe way. I am trying to form a thought, but it’s like I’m the blue flower in the glass paperweight and can’t move, much less cognate. “I think it’s time,” Richard says, and pauses.

I have tried to explain to Danielle, my therapist, the peculiar, hypnotic effect of Richard’s pauses. They compel one to fill in the blank, even with words one has no intention of saying. This is how we broke up. Richard said, “Sarah, if you’re so unhappy…” and paused.

Ever since, I’ve thought of a million other ways to complete that sentence: “You should go see a double feature!” “I should give you a foot massage!” “I should leave Cornelia and turn that frown upside down!” But at that moment of enunciation, it seemed like there was only the one way to complete the sentence, with the words Richard was transparently mind-signaling to me. I swear, it was with the kind of obedient compliance of a student responding to a question in class that I said, “…we should end this?” And he nodded like, yes, obviously, that is the only possible conclusion.

Really, it’s an attempt to channel Richard’s mind control, ventriloquist powers that compels me to sit at his desk, occasionally, and pretend to be him.

Now, the clause he wants me to say to complete the sentence is, “To let me go?” I know this as clearly as if he wrote it on a white board. But he has already let me go. I reject that option. I will not be fired. I will quit!

But then I become aware of an anxious voice in my head, struggling to articulate an opposing viewpoint. This voice in my head looks like a plump kid I went to middle school with, Marty Parvenu, who was always raising his hand in class. The voice raises its hand so I mentally call on it, and it says to me, But Sarah, if you quit… and fuck, it’s another fill-in-the-blank. What happens if I quit?

Danielle and I have been working on what she calls my poor impulse control. A prime example of poor impulse control was telling Richard, six months ago, when a bunch of us went to Friday night happy hour at Ponzi’s and we were the only two left, I wanted to see him naked. Richard freaked out at the time—he called me a Lyft very soon after, which whisked me home. But within three days, he was standing over my desk, saying “I thought about what you said.” That “I want to see you naked” sentence was like the pale, leggy grub that some bad guy sticks in someone’s ear in a Star Trek movie. It wriggles in and overpowers the victim’s brain.

Once Danielle had me write down five adjectives that describe Richard, and that was more evidence to her of my poor impulse control. She pointed out that all the adjectives described someone I shouldn’t rationally want to be with. “Why would you want to have a relationship with someone whom you yourself call ‘tricky’”? Danielle wanted to know. “Or, ‘inscrutable’?” I pointed out that I had also chosen “sexy,” but Danielle just made a face, like, who cares about “sexy”?

Anyway, I have been working on impulse control with Danielle. She gave me an article to read about some famous study where the researchers offer kids a second piece of candy if they can wait fifteen minutes before eating their first piece of candy. We have been doing exercises. And I think that these exercises have actually been paying off, and have taken the form of Marty Parvenu, warning me that there is something “tricky” about the way Richard is guiding me to complete his sentence. It’s like I’m Keanu Reeves in The Matrix and I can freeze time, press Pause, look around, and see where the bullet is coming from: from over there, the left corner. I actually turn and look to the left, which is where the throw rug is by a bookcase, where, five months ago, when he still wanted me, Richard once went down on me.

And Richard gives me a long, peevish look—“irritable” was another adjective I wrote down for Danielle—before saying, finally, “Fine.”

I concede it’s the strangest way to feel about being fired—I know I should feel awful—but instead I want to pump my fist in the air. I want to tell the blue flower in the paperweight that she’s free to blow this popsicle stand. I want to call my ex-boyfriend Harry, the one I watched all those Star Trek and Matrix movies with. I broke up with Harry two years ago because he was a dork, but he was so kind. He used to cook me delicious things like veal piccata, which he would pound flat with a mallet. I want to march to Danielle’s office, even though my session with her isn’t until Thursday, and brag about how fucking far I’ve come.

Kim Magowan’s short story collection Undoing won the 2017 Moon City Press Fiction Award and was published in March 2018. Her novel The Light Source is forthcoming from 7.13 Books in 2019. Her fiction has been published in Atticus Review, Bird’s Thumb, Cleaver, The Gettysburg Review, Hobart, JMWW, New World Writing, Sixfold, and many other journals. She is Fiction Editor of Pithead Chapel. Find her at www.kimmagowan.com, @kimmagowan

One response to “Fiction: Impulse Control by Kim Magowan”