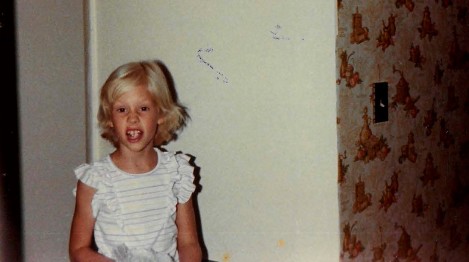 There’s a certain hot rage when a man shows up at the door to take your mother on her first date since the divorce.

The moment he says, “Hi, I’m here to pick up your mom!” your eight-year-old mind starts imagining the ways you’ll do him in.

Beads of sweat roll down his forehead. You wish you could turn into Bugs Bunny and point to a sign that reads, “No Solicitors” before pressing a button that opens a trap door on the front porch that would jettison this Yosemite Sam directly to Hell.

You would almost feel sorry for him, there with his figurative cowboy hat-in-hand, if you didn’t know that same hand was going to try to feel up your mother on this same front porch when he moved in for a goodnight kiss.

You don’t want your mother to be lonely; you want her to be happy. Also, you just want this man to die. You want to be the one who kills him. It’s nothing personal. It’s not because he’s not your father. And it’s not loyalty. Your father has already been playing Yosemite Sam to a different divorced woman on the other side of town. You hope she has a Bugs Bunny of her own who sized him up at the door in parallel discomfort the first time he came knocking; an anonymous partner in your efforts.

But your Southern mother raised you to be polite, so you’re forced to invite him in and offer him some sweet tea.

When your mother emerges from the hallway in her date dress, a red strapless number with big white polka dots and a swingy skirt, one of those retro 1950s throwback dresses they made in the 1980s that were all cleavage and bare shoulders, his eyes bug out of his head like a cartoon wolf going, “Aah-OOH-gah!” Your eyes narrow to hot-light filaments, singeing the beginning of tears into steam. You’ll cut his brake lines.

He says “Wow!” as she gives the dress a twirl, putting his freckled hand on the nipped waist of her dress. You think, “I used to live in that waist, bucko.”

Those brake lines are toast.

If only you knew what brake lines looked like, where they were located in the car. If only you had enough strength in your little-girl hands to work the wire-cutters.

He smiles at you, asks what grade you’re in. You stare back at him in silence.

He says to your mother, “Oh, looks like this one’s a little shy!” and he’s right. You are shy.

When he shows up for the second date you slip ketchup packets under his tires, just so this joker knows who he’s dealing with, here.

Maggie Dove is a Southern writer (by way of South Florida). Her work has appeared or is forthcoming in Hobart, Cosmonauts Avenue, Foliate Oak, The Dead Mule School of Southern Literature, The New Southern Fugitives, Crab Fat Magazine, and elsewhere. She is petty and immature, and has many tribal tattoos from the 90s for which she refuses to be apologetic. Her blog can be found at romcomdojo.com.

One response to “Essay: This Joker Who Wants to Kiss Your Mother by Maggie Dove”