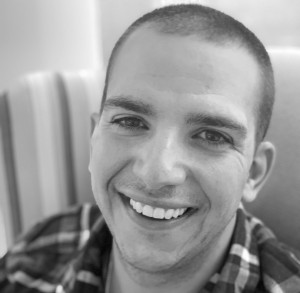 In today’s ORIGINS, Tom Lakin discusses the origins of his story, “Sunblock,” which appeared recently in jmww:

For me, typically, story ideas are like rainbow trout: elusive, finicky, difficult to find and even harder to bring in once you’ve found them. They can be beautiful, certainly—speckled and glittering, striped with rose gold—and they can also be lethargic and worn out, their bodies pallid, their stripe dulled to a barely visible pink. Some days—most days—you cast a line and find nothing at all. But every once in a while—on a grayscale morning, say, the sky low and the pond like stippled tin—you’ll clump to the bank and begin to cast, and it’ll be like you’re fishing in an aquarium. For writers (and anglers), these are the days you live for. They keep you going through the fishless mornings, the afternoons when writing feels tweezing shards of glass from a shag rug. Without those days—those thrilling, mystical, utterly unexplainable occasions—probably, you’d just quit. What would be the point? But when you get them, however rarely they come, there’s nothing else in the world that can compare.

When “Sunblock” found me, it was one of those days. I’d just finished the day’s first Diet Coke and was scanning The Boston Globe’s advice column (as one does) when I saw it: an anecdote so perfect, so fertile, so eager to be expanded into a story that I felt as if the universe itself had reached out and laid it in my lap. “Last summer,” the advice-seeker wrote, “my gentleman companion and I were having an outdoor lunch with his elderly father. An acquaintance of his father joined us, and after the meal, drew out a container of sunscreen and asked me to apply this to his bare back, which caught me quite off guard. He was clearly being unsavory, yet I did not know any polite way to decline his request…Your advice would be very welcome.” Reading this, I nearly leapt from the table and sprinted to my desk. A day later, “Sunblock” was done.

It would be months before the story found its final, revised form, but the germ of the idea never changed. I tinkered with some of the details (the boyfriend’s father’s friend became the father himself, and I moved the action to a country club veranda), and the rest filled itself in. The difficulty, for me, lay in figuring out what Julie would do in the end. Would she refuse the bottle, shout “Hell no!” and march from the club? Or would she capitulate, becoming yet another victim of the type of very real, deeply ingrained, sinisterly camouflaged social pressures faced by women every single day?

For a time, I couldn’t decide. It was only once my wife (my first and best reader) read the story that the ultimate ending became clear. As usual she was right, and poor Julie took the bottle, then spent the rest of her life wondering why. I can only hope the advice-seeker, next time she’s confronted with a sunblock-wielding creep, is able to make a different choice. In the meantime, I’m grateful to her for sharing her story, and am grateful too that we have stories to share. After all, a wonderful thing about stories is that they allow you to change the past (and the future)—to alter what happened, to make it better, or worse, sadder or more uplifting, and in doing so make it true in a way it never could have been in real life. This, more than anything, is the gift of story, and it is why, day after day, morning after Diet Coke-charged morning, I keep fishing for them, keep casting my line and waiting for those rare days when the fish rise, the hooks set, and the stories write themselves.

Tom Lakin is a writer from Boston. His short fiction has appeared or is forthcoming in Narrative (as a Story of the Week), Pleiades, Ruminate, Pembroke Magazine, Fiction Southeast, and Lunch Ticket, among others. He is the recipient of a 2018 G.B. Crump Prize in Experimental Fiction, and his work has been nominated for a Pushcart Prize. Tom holds an MFA from Emerson College, where he was a full-tuition fellow.

One response to “ORIGINS: “Sunblock” by Tom Lakin”