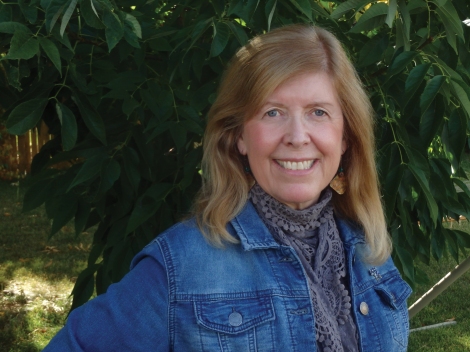 Nancy McKinley, an award winning author of fiction and nonfiction, grew up in Packanack Lake, Wayne, New Jersey, and was educated by the Sisters of St. Joseph and Charity who prompted her pathways to writing, social justice, and life affirming humor. She earned her Ph.D. from State University of New York at Binghamton (now Binghamton University), receiving the John Gardner Newhouse Award; M.A. from Colorado State University; and B.A. from College of the Holy Cross where she was one of the first females at the previously male school.

Early in her career, she taught language arts, social studies, and outdoor education in underserved communities, and wrote freelance articles for a variety of publications. She is a founding faculty member for the low-residency Wilkes University Maslow Family Graduate Program in Creative Writing, teaching fiction and nonfiction, and supervises the writer-as-teacher internships. Having called Pennsylvania home for twenty-five years, she now lives in Colorado with her spouse, Mike, and visits daughters, Darcy, Kelsi, and Hali around the globe. Her debut collection of fiction, St. Christopher on Pluto, was just published by West Virginia University Press. You can find her at www.mckinleywrite.com.

Curtis Smith: Congratulations on St. Christopher on Pluto. I really enjoyed it. I’m always interested in a book’s journey. Can you tell us about how the manuscript came together and how you landed with West Virginia University Press?

Nancy McKinley: Thank you. I’m thrilled you enjoyed the book, especially as we both explore a similar realm.  In fact, I was nervous you might take issue with my NEPA portrayal, so I’m so glad we can share the terrain.

The book had a long gestation to publication. I planted seeds for the stories way back when I was a master’s graduate student, yet it took years for my ideas to germinate. Of course, I worked on other fiction and nonfiction projects during that time. Crafting and publishing those pieces helped to till the soil that produced St. Christopher on Pluto. Plus, a community of writers-helping-writers proved invaluable. I teach in the low-residency Wilkes University Maslow Family Graduate Program in Creative Writing, and during our residencies, I gave readings from work-in-progress. Colleagues and students provided great response, and I also participated in spot-on PA writing workshops. The support helped to bring the full work to fruition.

Along the way, I had published many of the stories, but my aim was to bring the full work to publication. My friend and colleague, Sara Pritchard, a fiction writer who grew up in PA, now living in NM, urged me to check out West Virginia University Press. They publish a wide-range of books that address the culture and voices of Appalachia. Since my characters, MK, Colleen inhabit the northern brow of Pennsylvania-Appalachia, often driving in Big Blue past farm debris, mine ruins, and fracking waste, I considered how WVU-Press might be a fit.  Yet I also remembered how my friend and colleague, Rashidah Ismaili Abubakr, a poet and prose writer, had reminded that it’s not just about getting published, you must find the right home. WVU-Press seemed well-suited. I sent off the manuscript, and St. Christopher on Pluto found the right home.

CS: This is a story collection, and a number of the pieces have been published previously in literary journals—yet we have the same main characters throughout. I’ve always liked the linked-stories format—was this the idea from the beginning? Or did you write one story with MK and Colleen and then they simply refused to leave? What does the linked-stories structure bring that a traditional novel format couldn’t?

NM: Many readers see this as a collection of linked stories, yet I think of St. Christopher on Pluto as a novel-in-stories, owing to a through line that creates a narrative arc. The chapter-stories are not chronological; rather, the nonlinear structure takes shape like friendships take shape: When we meet people and spend time with them, we learn of their past in bits and pieces, sometimes realizing shared connections. Occasionally. friends move away, or don’t see each other for a whole, but when they do connect, if they’re truly friends, they pick up where they left off. Same for these characters and their storied histories. I sought a narrative structure with that sort of connection.

CS: MK and Colleen are great characters. How did they come to you—in little bits of understanding or more or less fully realized? If it was the former, what was their evolution? Were there any breakthroughs of understanding where you realized some aspect of their character that was really driving them?

NM: I’m glad you like MK and Colleen. I loved working with them, for they often surprised me as they evolved. Early on, when I knew I wanted to write about the women, I had a basic sense of their personalities.  I could hear their voices and picture them getting up to no good while also finding ways to do good. But it wasn’t until they took shape on the page that I came to know them and tap into their rapport. For that to happen, I needed to ground them in the specifics of place, and Northeast Pennsylvania, suited them well. The setting, replete with beauty and blight, prompted ways to show how the characters find hope and humor in the struggle. Thus, I had to reveal their girlhood and adult experiences against the backdrop of historical moments. 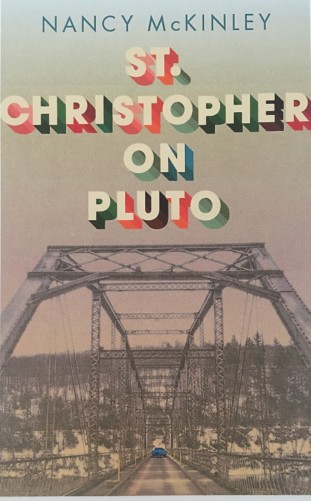 CS: And another aspect of character that I think is often underexplored is the friendship between two characters. Often times we have two folks, and the bond they share is like a character all its own. I thought you did a great job handling this—was crafting this aspect of the book difficult? As you wrote, did this friendship grow deeper, surprising you at times with where it took you?

NM: The dynamics of their relationship made me consider how life prompts us to deepen relationships over time. When that doesn’t happen, friends fade away. Not so for MK and Colleen. I needed to show how MK and Colleen became friends in elementary school, but they disconnected when they went to different high schools, with even more distance as young adults, yet they had the ability to reconnect in midlife when they worked at different stores in a failing mall. Ever bound by their parochial school past, they realize one another’s shortcomings, sometimes exasperated, more often teasing or joking, yet always there for each other, doing what came naturally to them: helping one another and their community navigate the difficult pathways of life. In the process, they surprised me with moments of laughter, especially when human folly elevated an indomitable spirit. Such discoveries helped me to keep with the project.

CS: We write about the same region—and I felt that pull of place deeply. I’ve been in these places, and I know these people. In a way, these people are shaped by the hills and highways and gritty towns they find themselves in. What about this region calls you? What part of it do you see reflected—for better or worse—in your characters?

NM: I saw the area for the first time when flying into the Scranton-Wilkes Barre Avoca Airport. From a distance, I was overcome by the beauty of the verdant hills and meandering Susquehanna. Then, after landing and driving across The Valley, my close-up view narrowed to tire dumps, mine tailings, and shuttered farms. Sure, the forest, mountains, and riverways loomed beyond, but the contrast jarred my perspective. Not until I got to know a variety of people was I able to grasp how the landscape contributed to an undercurrent of resiliency.  Rather than a dystopia, I wanted to show how beauty can be found amidst blight, and how there is still a community of hope, filled with people looking out for one another, offering joy, laughter, and good will, and a spirit that can bring about positive change.

CS: You’re one of the founding faculty at the Wilkes University MFA program. I’ve always contended that teaching is an art form just as surely as writing—and that in a field like ours, the instructor often learns as much as their students. What’s the teaching experience been like for you? What do you see as its greatest reward—and challenges?

NM: I feel fortunate to teach, for I value the exchange with my students. We get to talk about words and stories—what we share and love! If they write during an exercise, I do, too, often making discoveries. As we study form and technique, I’m constantly shifting my lens on craft, considering their work along with my own work. Best of all, we have fun. A playful spirit is integral to creativity.

CS: As I looked over the acknowledgments, I realize this book was in the works for a long time. What’s your writing process like? Do you write every day? Are you a planner or do you dive right in and see where the tides take you? Did you put this book aside from time to time and then return to it? If so, did these breaks help you?

NM: I’m up most days before sunrise, and by journaling, I write into the day. I started this practice when my children were young, for it was the one way I could get time to myself. Plus, my subconscious was more apt to bring words to the page if I hadn’t talked with anyone or had distractions. Now my children are grown, yet I keep to the routine, for it’s a way of claiming the day and reinforcing my writer-energy. I hand write, for the act of pen to paper heightens my creative sensibility while exploring all sorts of ideas and possibilities. Not until I draft actual work, do I use my laptop.  So, I suppose, I had an organic approach to St. Christopher on Pluto. My journal prompted me to hop into Big Blue and go for the ride with MK and Colleen. Of course, a lot of time passed in the process. I’ve joked that I was a section writer for this project, much like there are section hikers on the Appalachian Trail. Whereas thru-hikers do the entire 2,190 miles in 5–7 months, the section hikers break it down to manageable segments, some taking years, even decades to hike from Georgia to Maine. The sectioned pace worked for my project.

NM: I’m revising a collection of nonfiction narratives and working on a novel.