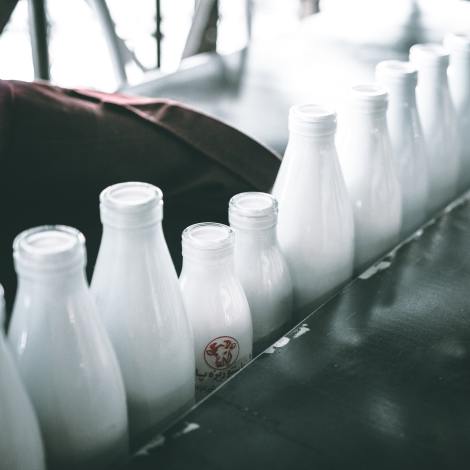 We sent Grandma out for milk last week and she returned today with a husband. Not just any husband. Her second one, the one we thought died in the war.

Ma and Pa had all but given up hope. They were in grief, stage three: bargaining.

God, let her return safe and healthy, Hanming will give up the drink forever.

God, we ain’t ready to lose her, give her back and we’ll start tithing again, twenty percent like You commanded.

God, please, just in one piece.

All of that went out the window when she reappeared after lunch. Safe, healthy, happy, and freshly re-betrothed, from the looks of it.

Ma lost her temper immediately. At me. Me!

I told you to go with her, but you’re so busy leading your own life, doing god knows what in that room of yours—

In case she falls down, not in case she comes back with a man!

She stormed off to find an extra blanket and wouldn’t say another word. Pa followed suit. This always happens. Something big happens in this house and no one will say a thing. We always just continue on, pretending that everything is fine.

Pa used to take me in the Honda on grocery runs, when I was a kid. I’d sit in the backseat and watch, terrified, as he drove with his hand in Aunty Lucy’s lap. After each trip to the store, the Honda would smell like expired Anna Sui for days. When we next got in the car to go to church, I’d stare at Ma, waiting for her to notice. But she’d just slide the Sunday cassette into the stereo, filling the car with hymns like Amazing Grace or O Come All Ye Faithful.

Then Aunty Lucy got too big for her britches. She left a crumpled tissue behind, carefully wedged into the passenger seat, stained with bright red lipstick. That Sunday, I almost exploded with excitement as Ma slowly pulled it out from under the cushions of her seat, dangling it between her thumb and forefinger. Pa’s face went white, I think he almost had a heart attack. I couldn’t see all of Ma’s expression from the backseat, and strained against my seatbelt trying not to be too obvious, but all she did was wind the window down and toss the tissue out. Then, it was Amazing Grace all over again.

I was loyal to Ma back then. I cornered her in the kitchen and told her I’d take her side in the divorce proceedings, no problem. The courts were likely to grant her full custody, on account of her being a woman and all. She didn’t even miss a beat, just told me to go make my bed.

Pa got mad at Aunty Lucy for her antics, and I never saw her again. I ignored him out of principle for about a month, but I don’t think he realised.

The only sane person in this house is Grandpa #4. I went to check in on him, see how he was doing, given the recent turn of events. He is the whole reason we always need milk. Everything he eats has to be mushed up in it, or he won’t swallow. But he didn’t seem to realise that his wife had traipsed off with another man.
C’mon, Grandpa, I whispered to him, fight. This ain’t right.

He gurgled in laughter. A little bit of drool escaped from his lip, dribbling down his chin. No one was looking, so I wiped it off with the bottom of his singlet and took the chance to put my face to his scalp. He smells real good all the time now, like baby powder and milk. When I get out of this house and go to college, I swear, that’s all I’m gonna do, try and invent a cologne that smells just like that. I can’t imagine anyone who wouldn’t be into it. Except Grandma, apparently.

Back in the living room, Grandma and the newly resurrected Grandpa #2 were sitting on our couch, cooing and watching TV. I guess I get it, it’s not like they broke up back in the day. She thought he’d died. Someone dies in the war, they’re a martyr. And then when you bump into them at the bodega after fourteen years, it’s a miracle. So yeah, I’m not dumb, I get it.

Still. Call me old fashioned, but she’s a married woman. And what are we going to do now with our surplus of grandpas? The image of Grandma, squished between Grandpa #2 and #4 in her little cot, made me shudder.

She continued watching TV. She’s a bit deaf. I raised my voice. Grandma.

Before I could deliver my lecture on adultery, Ma came charging out of the storeroom, cleaning materials in hand. She didn’t even look at her two-timing mother-in-law. Go, she said. We need milk.

She was really furious. I chewed on my indignation all the way to the bodega. Nobody takes me seriously in this house. Just because I’m the youngest. Doesn’t mean I don’t have the right to an opinion. They were out of all the good milk, the Organic Valleys and Meijis and Dairylands. I thought about just getting a carton of the store brand milk, but the last time we got that, Grandpa #4 spent a week farting miserably in his room. The poor guy. He looked so hopeful that each fart would be his last, but less than half an hour would pass before he let rip again. It really broke my heart.

I got the Ronnybrook. It’s normally not something we’d even consider, because of how expensive it is, but I figured Grandpa #4 could really use a break. Ma could yell at me later. I brought it to the counter. Tanuj raised an eyebrow while ringing it up.

You all good, buddy?

What else could I say? I just nodded, thinking of Ma. Everything is fine.

Jemimah Wei is a writer and host based in Singapore and New York. She’s a Singapore National Arts Council Scholar and was recently named a 2020 Felipe De Alba Fellow at Columbia University. Her work has appeared in SmokeLong Quarterly, X-R-A-Y Literary magazine, Quarterly Literary Review Singapore, and Math Paper Press anthology “From the Belly of the Cat,” amongst others. She is a columnist for No Contact magazine and is presently at work on a novel and several television projects.

2 responses to “Flash Fiction: Everything is Fine by Jemimah Wei”