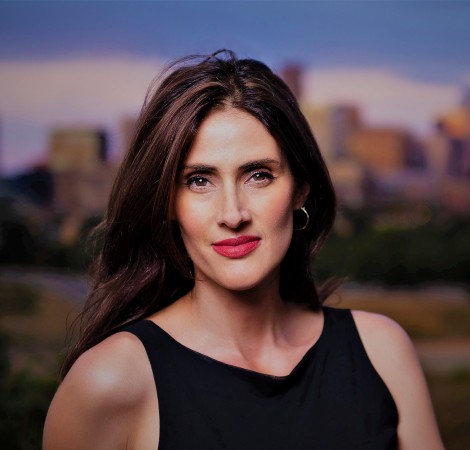 Nancy Stohlman has been writing, publishing, and teaching flash fiction for more than a decade, and her latest book, Going Short: An Invitation to Flash Fiction (Ad Hoc Fiction, 2020), is her treatise on the form. Her other books include The Vixen Scream and Other Bible Stories, The Monster Opera, and Madam Velvet’s Cabaret of Oddities, a finalist for a 2019 Colorado Book Award. Her work has been anthologized widely, appearing in the W.W. Norton New Micro: Exceptionally Short Fiction, Macmillan’s The Practice of Fiction, and The Best Small Fictions 2019, as well as adapted for the stage. She teaches at the University of Colorado Boulder and around the world. Find out about upcoming classes at: www.nancystohlman.com. You can find the book on the Ad Hoc site

Curtis Smith: Congratulations on the publication of Going Short. Can you tell us a bit about the book’s origins—your motivations and how you came to work with Ad Hoc?

Nancy Stohlman: Thank you, Curtis. And I just want to say that the response to Going Short has been so heartwarming and validating in a year that was otherwise challenging. So thank you all for that.

The book has been simmering for a long time, over 10 years. I think sometimes we’re called to write books that are smarter than we are, so it basically took me 10 years to catch up. There were (and still are) very few flash fiction specific books, and I wanted to write a craft book (as opposed to a straight textbook)—I envisioned it like having a long conversation about flash fiction with a fellow writer. Ad Hoc was a natural choice; I first collaborated with them at the Flash Fiction Festival in the UK in 2018, and I have always been impressed by their vision of a flash fiction community—a vision I share. It seemed like (and has been) a natural and perfect fit for this book.

CS: You’ve been writing flash for a long time. Who were your influences? What initially drew you to the form. How has the form (and market) changed?

NS: Running a flash fiction press before flash fiction had really “caught on” was enormously influential in my education and trajectory. In 2007, during graduate school at Naropa’s Jack Kerouac School of Disembodied Poetics (I never get tired of saying that name!), a group of us co-founded Fast Forward Press, and then from 2008-2013 we put out a yearly print flash fiction anthology as well as some early flash novels. So much of my education came from reading and analyzing hundreds of story submissions, both the ones I loved and the ones we rejected. We had many spirited conversations about was is/isn’t flash fiction, what constituted a story. At that time our answers were purely instinctual, but I see now that we were helping to define the genre in those early stages.

The flash fiction landscape has changed quite a bit, even in the last decade, but I think the work we did there laid much groundwork, including acting as a honing signal for other early flash fiction writers. More than a dozen years after our first anthologies, I can flip through the Tables of Contents and see so many flash fiction giants and friends, names like Kim Chinquee, Robert Scotellaro, Meg Tuite, Chris Bowen, Jane Anne Phillips, Tom Hazuka, Sally Reno—and you!

CS: Thanks—that’s very kind. I loved being part of the Fast Forward anthologies. They introduced me to a lot of writers I still follow. Back to Going Short—the book has a great feel—it’s written like a collection of flash fiction—lots of different lessons and observations that fit on a single page. I’m guessing this focus on structure was part of your plan from the beginning—or did it come later in the process?

NS: Thank you! Wow, this book has changed so many times over the years. It has been at times snarky, funny, serious, poetic, meandering, straightforward. It has had a wide focus, a narrow focus. The sections have appeared and disappeared and reappeared. So yes, by design and also by accident. I love craft books like The War of Art and Writing Down the Bones that use flash-sized chapters—to me that sort of structure almost lends itself to divining—like, open to any page and there’s a lesson for you. Plus, as a flash writer for so many years, I almost never write anything longer than 1000 words—even if I try. Maybe that is the real reason. Ha.

CS: And speaking of structure, the book is divided into four main sections. May I ask how you approached this? Did you have these sections in mind—or did you write the individual pieces and then realize you had these emerging themes?

NS: Same. Writing and Editing were always there as sections. But the others swirled around, appearing and disappearing. Flash Books was the most recent, and in my newest workshops and Flash Novel Mastermind (yes!) I am going in that direction. The final section, now called Going Short, is a wider-angle view about the Writing Life—I cut quite a bit out of that section, so perhaps there will be another book someday.

CS: You’re also a teacher. When you talk to young writers who are interested in flash, what are your main pieces of advice—and does this advice differ from the advice you offer older, more experienced writers?

NS: Great question. My first bit of advice is the same no matter what—read a lot of flash. My experience at the press was invaluable for that. Young writers often don’t know what they don’t know. They write in clichés because they don’t know any better, yet. But the more you read, the more you understand the landscape—it’s just part of the process. All beginning painters will paint a vase of flowers. All beginning folk guitarists learn to play Kumbaya. Sometimes the teacher’s role is just to create a safe container for that process.

But I teach a variation of this to experienced writers as well—it’s important to know where you are in your own process. The beginning of any project has to be playful, adventurous and full of risk. There is a time to critique…and a time not to critique.

CS: The book is crammed with so many great ideas. It would be a wonderful text for a college course. As you look back over the pages, what do you think are the most important lessons you’ve offered here?

NS: I’m really attached to some of the early chapters that deal with Flash Myths: like flash is easy, or a fad, or catering to a short attention span culture. (I mean, if that were the case, wouldn’t everyone be reading poetry??) It was important for me to convey the sophistication of the form. To define and highlight the movement and make a case for its necessity. I think it’s a great honor to be part of a new and thriving literary movement. 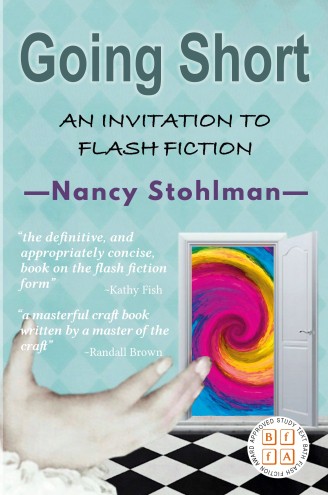 CS: You’ve also worked as an editor—which I’m guessing is a very different experience than publishing your own creative work. Can you tell us about wearing that hat and what one can take from it?

NS: I’ve been an editor since 2004, years before I was even writing flash. I think the key to being a good editor is the ability to see their vision, to put yourself in the writer’s shoes rather than getting excited or sidetracked by your own vision for their story. A good editor will shine a flashlight into the dark corners and blind spots and show the writer all the lovely possibilities in their own work. But I always stress to writers I work with that the story chose them, so, when in doubt, always listen to their gut/heart. It’s never about pleasing the editor, always about pleasing the story.

CS: And I’m also guessing that going back and examining your own creative impulses and putting them out in this form might have also changed your own artistic trajectory. Is that the case? If so, what has it brought to your own work?

NS: Hmmm…yes, but it’s been happening for so long I can hardly remember before. Discovering flash fiction felt like such a relief after years of writing novels. But these days I have seemed to gravitate to the crossroads between those two loves: flash fiction and the novel. All my recent work has elements of both, and often with a dash of theatrics/performance (my third love). As I continue to envision or teach the flash novel, or play with performance, or using story cycles and sequences, I’m discovering that my own sweet spot lives in that convergent space. And speaking of cross-pollination, have I mentioned the book trailer?? This is the sort of thing I do when I’m not writing (wink).

NS: I’ve almost finished a new book I’ve been working on for about 4 years—I nearly abandoned the project in 2020, but I’m happy to say I got myself back on track and I’m almost done. And I’m going deeper this year in my teaching—as I mentioned I started a longer-term Mastermind with an inaugural group of writers that I’m really excited about, and I’ll have other workshop offerings this summer. And I’m of course crossing my fingers that we can travel again, because Kathy Fish and I have two (rescheduled from 2020) flash fiction retreats planned for later in the year to France and Costa Rica.

And what’s next for all of us? I have this feeling, this intuition that after a strange year, we will soon emerge into a glorious Creative Renaissance. I believe when the world is ugly, we need art more than ever. We need artists more than ever. What a privilege it is to be alive and making art right now.

Curtis Smith has published over one hundred stories and essays and thirteen books. His latest novel, The Magpie’s Return, was released last summer by Running Wild Press and was named a Kirkus Indie pick of the month.

2 responses to “The Short of It: An Interview with Nancy Stohlman by Curtis Smith”