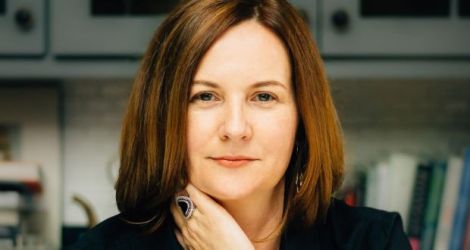 Ethel Rohan is the author of In the Event of Contact, winner of the Dzanc Short Story Collection Prize (May, 2021). Her debut novel The Weight of Him (St. Martin’s Press and Atlantic Books, 2017) was an Amazon, Bustle, KOBO, and San Francisco Chronicle Best Book, and was shortlisted for the Reading Women Award. She is also the author of the story collections, Goodnight Nobody and Cut Through the Bone, the former longlisted for the Edge Hill Prize and the latter longlisted for the Story Prize. Her work has appeared widely, including The New York Times, World Literature Today, The Washington Post, PEN America, The Irish Times, Tin House, and Guernica. Raised in Ireland, she lives in San Francisco.

Jen Michalski: Congratulations on the publication of In the Event of Contact. Can you tell us a bit about the book’s origins—your motivations and how you came to work with Dzanc?

Ethel Rohan: Thank you. I love the short story form and was eager to publish a third short story collection, particularly one that was representative of my work now. Cut Through the Bone (Dark Sky Books, 2010) and Goodnight Nobody (Queen’s Ferry Press, 2013) were collections of flash, or short-short, fiction, whereas In the Event of Contact contains fourteen stories of traditional length, i.e. 3-6,000 words.

While the flash fiction form allowed me to indulge in my obsession with the strange and startling, the visceral, I’m particularly fascinated by people, and relationships—what makes us tick. The short story allows me to go much deeper with characterization and the tensions, connections, and power dynamics within relationships, including the relationship with the self.

As for signing with Dzanc Books, my introduction to the indie press was back in 2009, through Laura van den Burgh’s remarkable short story collection What the World Will Look Like When All the Water Leaves Us, and I’ve remained a fan of both van den Burgh and Dzanc ever since. I entered In the Event of Contact into the 2019 Dzanc Books Short Story Collection Prize contest, and alleluia here we are. I remain deeply glad and grateful.

JM: Yes, these stories definitely seem more grounded in realism than previous works. I wonder if it’s the result of our fears being more fantastical when we’re younger, whereas as we get older, the fears become less amorphous and closer to home (the aging of parents, mental illness or cancer, dealing with different losses). And sometimes you combine them both, to stunning effect—I loved “Wilde” so much! And I was surprised to see in the credits that it had been previously unpublished. It made me wonder if it had been in the process of finding a home when the collection was picked up by Dzanc, which also made me think of the span of time these stories cover. A few years? A decade?

ER: I do see more social consciousness organically emerging in my stories. It resonates that my deeper dive into realism is the result of the growing urgency in everyday life, pressures that are broader and of a different nature to the struggles that preoccupied my younger self.

I’m so happy you enjoyed “Wilde” and its mix of realism and the fantastical. Despite its sometimes painful themes, I had a lot of fun writing it, and especially delighted in the series of surprises it offered up to me as the story’s creator. I found myself letting the characters and story take the lead in an unprecedented way, one where I followed along in a deeper state of surrender than I’ve ever experienced while writing. “Wilde” is the newest story in the collection and was written over approximately a nine-month period, which for me, for a short story, is good going! I can knock out first and second short story drafts in weeks, even days, but then it takes me months, and most often years, to “finish” the work—as much as any story is ever truly finished. I wrote the collection as a whole over the course of about ten to twelve years.

JM: I absolutely loved the Irish flavor of these stories. I always re-read Joyce’s “The Dead” every year, and I think I’m going to add “Rare, But Not Impossible” and “Any Wonder Left” to that list! Was that a conscious theme when you were writing the stories and putting together the collection, or were you surprised that so many of the stories took place in your native Ireland?

Rohan: Dubliners is the only book of Joyce’s that I’ve read from cover to cover—I love those short stories, especially “The Dead”—and am honored that you’re considering adding those two particular stories of mine to your annual reading list. They are among my favorites in the collection.

As for Ireland being the central setting, I’m almost embarrassed to admit that right up until recently, when various early readers highlighted the role of place in the collection, I was surprised by how many of the stories occur in Ireland. It’s always humbling as a writer to realize how much of what we create is subconscious, particularly with regard to subtext and associations. My sense was that there was a more even allocation of place in the collection, but Ireland is most certainly the heavyweight. I shouldn’t be surprised, though. These stories are representative of my work as a whole and I remain fixated on Ireland, my mother country, and its people—especially how they shaped, and continue to influence, me. 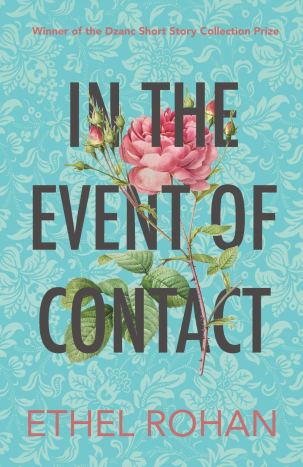 JM: Many of your characters, expats who live in America, struggle with feeling connected to home. Do you find that this feeling of disconnection informs some of your work—a need to preserve your memories but also understand how this part of your life still tracks with who you are now?

ER: For better or worse, disconnection informs all of my work. It’s my state of being. It’s less to do with preservation and understanding, and more to do with trauma and deception. I’ve never felt like I belong, for a myriad of reasons, but largely because I’m invariably in a state of hiding. You can’t belong if you’re not present.

As a child and teen, I hid that I was a victim of sexual, physical, and emotional abuse. I hid that my mother was mentally ill to the point of psychosis. In the decades since, I’ve hid many things, including my own mental illness, eating disorder, and body dissociation. I also have trust issues and am extremely self-reliant, both of which don’t allow people in.

More and more, though, I’m coming into the full power of my voice and of owning my truth. I know ultimately wholeness and home, and all the connection they engender, lie within me. I’m doing the mindfulness work, and live in the hopes of finally reaching both states.

All that said, you are correct about my ongoing need to understand how my Irish beginnings track with my life now. I’ve lived in San Francisco longer than I lived in Ireland and sometimes suffer anxiety around identity. Who am I now? I’m getting closer to the conviction that what matters most is not who and where might claim or disclaim me, but my answering that question for myself. I am a complex hybrid of both countries and cultures, and more than anything else that’s something to celebrate.

JM: Wow, that’s such a journey! I’m glad writing has allowed you to be in the open, so to speak, and to be more comfortable with who you are. It’s something I hear a lot from writers—feeling that they don’t belong and using writing to create a space in which they do. And it doesn’t seem to matter the genre, either, whether it’s creative nonfiction or poetry or fiction or sci-fi.

In your stylistic and personal evolutions, are there any writers, aside from Laura van den Berg, to whom you’ve turned to for inspiration?

ER: Writing as a space to belong and also as a space to connect to others. I can open up through the written word in ways I find difficult to in life. I can’t risk such depths of vulnerability anywhere else but in story. Thus it’s the most wonderful reward to hear from readers that they related to the writing and felt less alone, which connects us all—characters, readers, and writer.

There are many other writers whom I turn to for inspiration. Some highlights of those I’d love to see more widely read and celebrated include Jeannine Ouellette, Jennifer Berney, Diana Whitney, Shanthi Sekaran, Meron Hadero, Michelle Gallen, Emma Dabiri, Gina Troisi, Joy Lanzendorfer, Jenny Bitner, Yang Linda Huang, Megan Culhane Galbraith, and an author who is finally, gloriously, blowing up at the levels she richly deserves: Gina Frangello.

JM: What are you working on now?

ER: I recently let go of a novel—a why-done-it set in San Francisco—that I’ve worked on for several years. I couldn’t get an agent or publisher to bite. I’ll leave the manuscript to marinate and at some point hope to revise it into a TV series. I love these characters and TV writing is a dream goal. I have two other novel manuscripts I’d love to see published, a historical novel set in Coney Island, and a contemporary novel set here in the Bay Area. I am nothing if not a hard worker and (despite-all-the-kicks) stubborn optimist.

Jen Michalski’s next novel, You’ll Be Fine, publishes in August with NineStar Press.