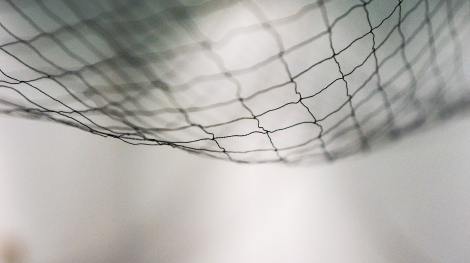 A cast net for
the tiniest of fish.
Riparian Flashes—darters which
emerge in irrigation ditches
in my hopes & imagination.
This fish is sometimes called Repair,
it feeds on bits of discard,
on lost moments &
could have beens.
Another fish I chase is a
Silver Do-Over, found where
a stream feeds a pool of memory.
This one is elusive, clad in shiny
mail with diaphanous fins.
Can be confused with the
Rare Forgiveness.
Both similar in size,
easily spooked &
threatened by pumps, new
hopes & drought.
Season opens soon.

Travis Stephens is a tugboat captain who resides with his family in California. An alumni of University of Wisconsin-Eau Claire, recent credits include 2River, Sheila-Na-Gig, Hole in the Head Review, GRIFFEL, and The Dead Mule School of Southern Literature. Visit him at: zolothstephenswrites.com

One response to “Poetry: SEINE NET FOR SALE: LIKE NEW by Travis Stephens”