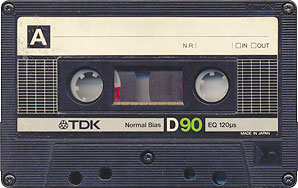 In this installment of “Mix Tape,” author Jill McCroskey Coupe explores those books that have guided her in her quest in writing about interracial friendships.

First, let me explain why I’ve been reading books on race.

Back in the 1980s, my MFA thesis was a novella about a friendship between a black girl and a white girl in Knoxville, Tennessee, where I grew up. A group of my fellow MFA students (all of them white) vehemently insisted that, as a white person, I should not, could not write about black people. Since I was writing entirely from the white character’s point of view, their objections made no sense to me.

But why had I been so bold as to write about an interracial friendship in the first place? A contributing factor was my discovery that Nikki Giovanni and I were born on the very same day. One of us was a few hours older than the other. Even though we both claimed Knoxville as our home town, we’d never met. She was black; I was white. Knoxville, like the rest of Tennessee when we were growing up, was segregated: schools, housing, restaurants, department stores, hospitals, etc. I hardly ever encountered black children, or even teenagers. My high school wasn’t integrated until three years after I graduated.

I began to wonder: What if, while they were very young, a black girl and a white girl had met during those segregated times and had been allowed to become friends? Would the friendship have lasted as they grew up? Could it have?

Perhaps I’m naïve, but I think such a friendship is possible. It would go through bad times, as many friendships do, and encounter difficulties most friendships don’t.

Call it stubbornness, but I’m currently working on a series of linked stories about a friendship between a black woman (Hanna) and a white woman (Gail) which begins in the segregated South and continues, through various ups and downs, for about fifty years.

When I took a few of these fledgling stories to a writing workshop in 2014, the reactions were different from but eerily reminiscent of those I’d encountered in the 1980’s. Race, it seemed, was still a sensitive topic. Writing about it could still provoke resentment and even anger.

Amazingly, one of these stories has since been published. And get this: the story is from the point of view of a black character, Hanna’s mother, Sophie.

Feeling encouraged, I’ve been doing a lot of reading. I want to get this right.

My initial approach was to search for fiction involving interracial friendship. I found that almost all of these books were by white authors, many of them written for children and young adults. 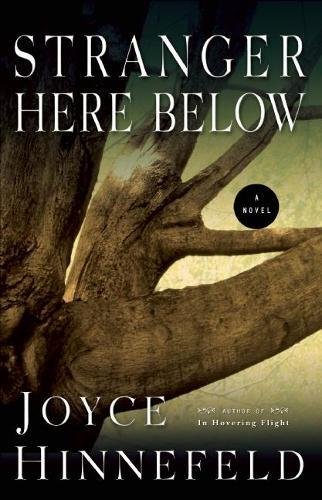 An adult novel, and a good one, is Joyce Hinnefeld’s Stranger Here Below (Unbridled Books, 2010). In it two young women meet, as roommates, at Berea College in Kentucky. One is a vivacious young white woman from Appalachia, the other the musically talented daughter of a black preacher. Their attempts, later on, to resurrect the friendship are only partially successful.

I couldn’t help wondering what had prompted these remarks. Were there writing workshops back then? Had Samuel Clemens attended one too many?

Instead of continuing to sample books written by white authors about friendship between the races, I turned to books by black authors, both fiction and nonfiction. Here are a few of them.

The Ways of White Folks (Knopf, 1934) is a collection of short stories by Langston Hughes. Probably the best-known of these is “Cora Unashamed,” which was made (transformed and expanded, I should say) into a TV movie in 2000. Hughes’s tragi-comic, often sardonic stories do not bode well for true friendship between the races. Trust is crucial in a friendship. More often than not, Hughes’s black characters don’t trust his white ones, and for good reason.

In one of my own stories, the black character, Hanna, returns to the U.S. after having spent a year or two in Haiti, which I’ve never visited. A good introduction for me was Haiti Noir (Akashic, 2011), edited by Edwidge Danticat, whose fiction I greatly admire. Haiti Noir is a collection of crime stories by native Haitians. The stories are rife with ghostly contradictions. In Haiti, things are often not what they seem.

As if to underscore this, Danticat mentions, in her introduction, the irony of the book’s title. Any citizen of Haiti, regardless of race, is considered noir (black).

In his poignant essay “Black and Blue,” included in The Fire This Time: A New Generation Speaks about Race (Scribner, 2016), edited by Jesmyn Ward, Garnette Cadogan writes about walking at night in Kingston, Jamaica, in order to escape his abusive stepfather. He found comfort in this activity and quickly learned to avoid threatening situations in the streets. After moving to New Orleans and then to New York City, Cadogan continued his habit of walking at night but quickly perceived that, simply by being a black man, he himself had become the threat. In Kingston, where everyone else was black, he was simply walking around; in the United States, he was very likely to be stopped by the police.

This was not a surprise to me. I’m not that naïve. Still, I’ve never seen this problem expressed so eloquently.

After returning from Haiti (where she was considered mulatto), my fictional character Hanna graduates from Howard University with a degree in math. I’d already written a story about her working as a computer programmer at NASA in DC, when Hidden Figures: The American Dream and the Untold Story of the Black Women Mathematicians Who Helped Win the Space Race (Pantheon, 2015), by Margot Lee Shetterly, came out. Of course I read the book, and then I saw the movie.

In Virginia, during Jim Crow days, NASA offered these brilliant women the opportunity to be more than underpaid schoolteachers. Nevertheless, at the Langley Research Center in Hampton, the state laws were such that the women had to work in a separate building and use the “colored” rest room. Housing and schools and nearly everything else were segregated.

Fortunately, Hanna doesn’t have to deal with the indignities faced by her real-life predecessors at NASA. By the 1970s, Federal government offices in the DC area were no longer segregated.

After the recent election, I was horrified to learn that supporters of President Donald Trump in states north of the Mason-Dixon Line were triumphantly waving Confederate flags. This unsettling anomaly led me to Confederates in the Attic: Dispatches from America’s Unfinished Civil War (Pantheon Books, 1998), by Tony Horwitz.

Horwitz was raised in Connecticut, the great-grandson of a Russian Jew who, after emigrating, developed an intense interest in America’s Civil War. Encouraged by his father, young Tony painted the family’s attic with murals illustrating important battles: Antietam, Shiloh, etc. 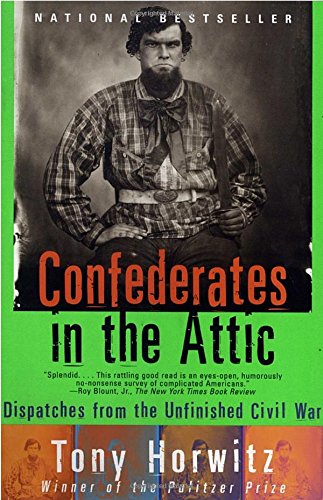 Having become a Pulitzer-Prize-winning international journalist, Horwitz settled for a while in Virginia. He began following groups of Civil War reenactors around the South, interviewing a variety of people in cities and towns along the way. The resulting book is both humorous and thoughtful.

From it I learned a new word: darb. A darb is someone who’s not even trying to be authentic, a fellow who might show up for battle carrying, say, a sleeping bag and a supply of ham and cheese sandwiches. Real Confederate soldiers didn’t have such luxuries.

In Richmond, Virginia, Horwitz attended public hearings about the proposed addition to Monument Avenue of a statue of Arthur Ashe. If approved, Ashe, who as a youngster hadn’t been allowed to play tennis on Richmond’s public courts, would join statues of Robert E. Lee, Jefferson Davis, J. E. B. Stuart, and Stonewall Jackson. After much debate, the mostly black City Council voted to add Ashe’s statue to this group. As many have since pointed out, Arthur Ashe is the only winner there.

In Alabama, Horwitz visited several public high schools. Although the Civil War was not officially part of the curriculum, he located a history teacher who tried to slip it in anyway. In her class the black students sat on one side of the room and the white students on the other. Nor did they sit together in the lunchroom. When Horwitz asked why, a white student replied that they were all friends when they were younger, but then things changed. A black student said that the racism was passed down to them from the parents.

Although I’ve come across this explanation several times in my reading–that the parents are to blame, passing their own prejudices along to the next generation–I’m not entirely convinced. Don’t high school students typically rebel against Mom and Dad?

But, like Horwitz, I don’t pretend to have any answers. And, like him, the more I learn, the more I realize how complicated the very concept of race has become in this country.

In July of 2017, I took sixteen of my stories to a different writing workshop. Maybe because I already knew the workshop’s leader and three of the other five participants, I didn’t encounter any outright anger or resentment. Instead, I received some very helpful feedback and suggestions, the most radical of which was that I should simply call these linked stories a novel.

Jill McCroskey Coupe’s debut novel, True Stories at the Smoky View (She Writes Press, 2016), won the 2017 IPPY (Independent Publisher Book Awards) Gold Medal for Regional Fiction–South. Her short fiction has been published in Warren Wilson Review, Pebble Lake Review, Against the Grain, and The Summerset Review.  A former librarian, she lives in Baltimore.